Touch can tap into our social and emotional well-being

The link between oxytocin, CT afferent fibers and our wellbeing

Oxytocin is released from the paraventricular nucleus and supraoptic nuclei within the hypothalamus of the brain. Oxytocin can have multiple different effects depending on the area of the brain that it is released to:

With all these wide-reaching effects of oxytocin in mind, researchers believe interventions that target the oxytocin system can create long term mental-wellness effects  (Uvnäs-Moberg et al., 2015). Natural oxytocin release is seen in a variety of activities associated with pleasure such as breastfeeding, sex, self-soothing, food intake, and friendly social interactions, even between humans and dogs.

While oxytocin is linked to such positive mental events, it also responds widely to pleasant somatosensory stimuli. A wide body of research shows oxytocin release in response to touch and warmth. 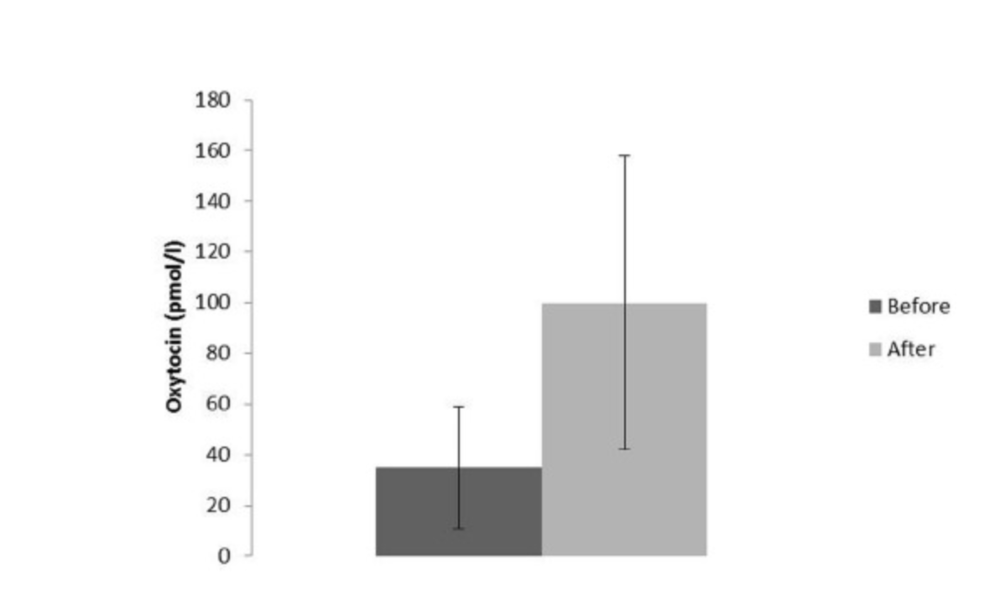 Oxytocin levels before and after a 10 min brush stroke on rats.
Figure from (Stock and Uvnäs-Moberg, 1988)

For more information on CT-fibers and their role in touch and why touch can make us happy, see our previous blog post
Touch makes us happy

Connecting the dots between pleasant touch, CT-fibers and Oxytocin, we can see that any intervention aiming to stimulate CT-fibers can have long lasting positive effects on our mental and social well-being by tapping into established hormonal mechanisms of our brain.

Our technology aims to tap into this naturally occurring response of oxytocin to touch.