Touch can bind us together

Our touch carries messages to other people

Findings that extend from neuroscience to developmental psychology support that CT-fibers are the most likely conductor of touch’s regulatory effects in our social well-being.

The importance of touch in our social connections is well established and has been studied by numerous researchers within psychology and neuroscience. In developmental psychology, attachment theory states that the essential social form bonding between infant and the mother is mediated through touch sensations between the two (Ainsworth, 1989;Bartholomew, 1993). and that this touch has long-lasting calming and socially beneficial effects on the infant (Uvnäs-Moberg et al., 2015).

The importance of touch for emotions extends beyond the bond between the mother and the child. Tactile perception has mediatory effects across our interpersonal bonds in a variety of contexts . An example of the regulatory and bonding effects of interpersonal touch, a study by Goldstein and colleagues (2018) showed that touch through hand holding not only couples brain activity between the partners but also has analgesic (pain-killing) effects (Goldstein et al., 2018).

Touch is a highly social messenger. Research shows that we can express a variety of emotions like anger, happiness, disgust, and gratitude, through touch and touch can communicate such information even between complete strangers (Hertenstein et al 2006, 2009).  However, Smith and MacLean (2007) show that people in significant relationships can identify each others’ touch better than identifying strangers, and such touch encodes more meaning for them (Smith and Maclean, 2007). 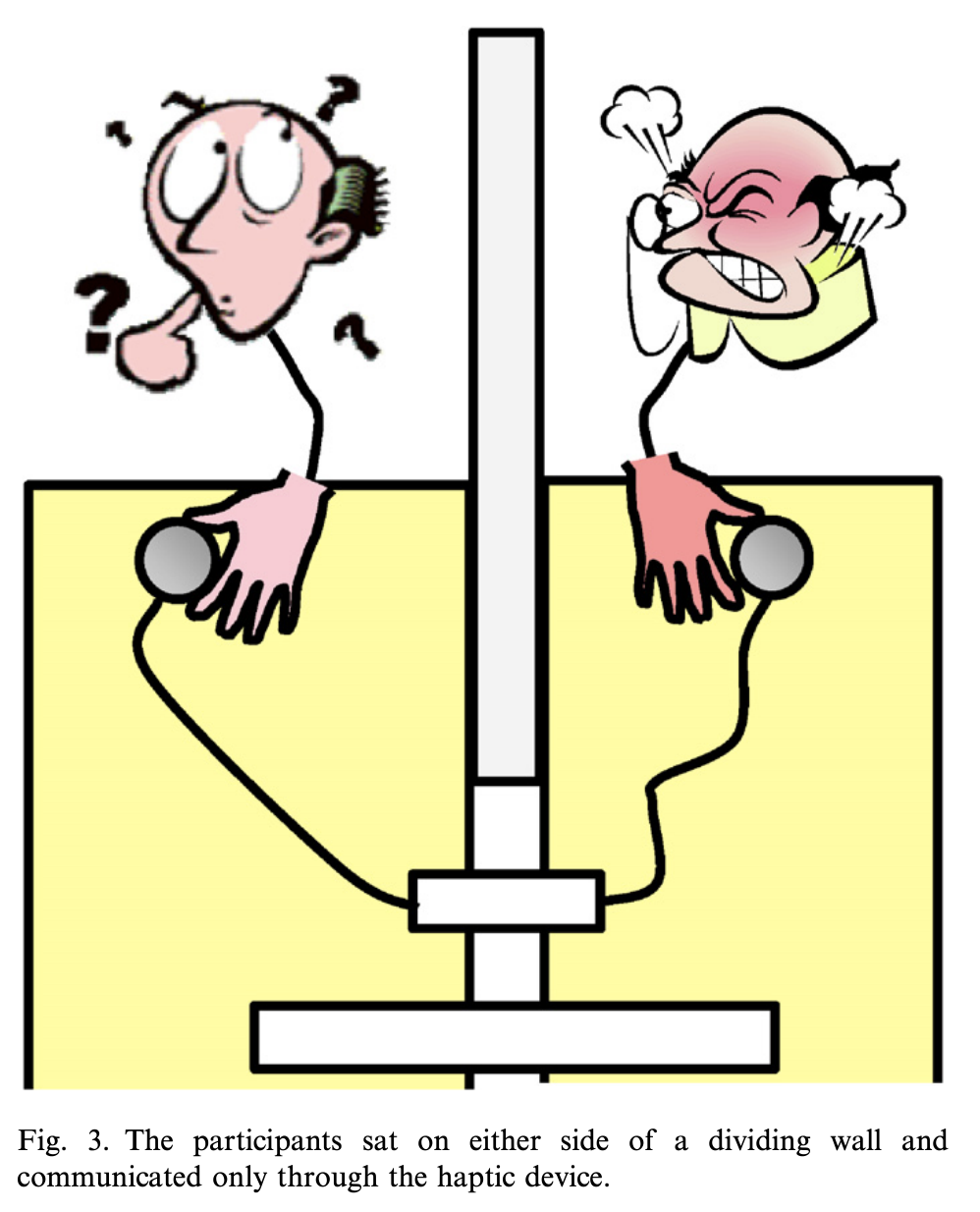 Participants could not see or hear each other but could only communicate through a haptic display with which they could deliver or receive a touch.

Results showed complete strangers could mostly identify each others' emotions from their single touch. Figures from Smith and Maclean 2007.